Halloween, All Hallow’s Eve, or Samhain marks the end of harvest and the beginning of winter. Traditionally its the time when the veil between worlds weakens, allowing spirits and creatures of the otherworld to creep through into our own. It is a time when demons, imps and faeries prowl the earth, when the dead whisper in our ears. Such visitors have always needed to be appeased with gifts. Bonfires are traditionally lit to drive back the dark. To light our way, and frighten off troublesome spirits Jack o’ lanterns were carved, originally from turnips or swedes, but nowadays, carving a pumpkin is much easier. Turnip ones are so much scarier though. They look like mumified heads!

Whether you believe in the Supernatural or not, it doesn’t seem to matter. There is something about Halloween that has the ability to spook us all. Maybe it’s possible that even if we don’t believe in it, Halloween believes in us.

Spooky stories are a time-honored tradition. We love to be scared in safety, to send a chill down the spine, to glance over our shoulders just in case. On Saturday I was in Marsh’s Library for the Bram Stoker festival, hearing their stories of ghosts searching through the books for a lost letter, or the mummy which was found and then mysteriously disappeared. We even saw the death mask of Jonathan Swift! (I was there for the prize giving of the short story competition – congratulations to the wonderful winners). Next week, by the way, I’ll be chairing a discussion of YA fantasy for Irish Pen, with Celine Kiernan, Oisín McGann and Conor Kostick. Who knows what tales of horror we’ll come up with?! Come and find out.

I have my fair share of scary tales. I put a lot of them into my novels — the Redcaps swarming in The Treachery of Beautiful Things, the Sluagh attacking in Soul Fire, and in my WIP a girl walking down a corridor in a deserted library, certain that she is hearing voices from somewhere just around the corner. Some I just keep to myself.

What’s your scary tale? Come and share a ghost story in the comments in celebration of the scariest night of the year.

Once upon a time a twitter friend asked me to blog  about my process. And I went… err… okay…

Because, seriously, I don’t really think much about process. I have these crazy ideas and I write them down. Sometimes they aren’t ready to be turned into full stories, sometimes they are part of other stories and sometimes they just torment me until I do something with them.

It goes something like this. I have an idea (a plot bunny) of something cool, interesting, exciting or a particular character, or even a voice in my head. (Yes, I know how that sounds). The first thing is, while cool, the idea has to be persistent. Really persistent. I have a brain like a sieve at the best of time, and tend to keep notebooks around to jot things down, but still, if I’m too sleepy, in the shower, or driving the car on a motorway (true story), unless the idea is a really powerful one, I will forget it. Sometimes in the moments it takes me to find pen and paper.

I do tend to work on the ideas stage on paper with a pen. And yes, I am very fussy about which paper and which pen. It’s the way I learned to tease out ideas, to work out puzzles and if I’m stuck, no matter how far through a book I might be, I turn back to pen and paper, for that tactile, slow experience of creating words. Ideas fill the notebook. I start following up on some of these ideas, which leads me into research.

Oh how I love my research. Because once you get into the research phase, other ideas start to crop up, like links in a chain. Connections in other stories, history, mythology. So many things that start to interconnect (especially when writing The Treachery of Beautiful Things), and from those connections the story starts to grow.

The other thing that is vital is character, and the voice of the character (s). This is something that for me just has to come. I can’t force their voices and until I have it in my head, the story isn’t going to work. Different point of view characters will have different voices so I can end up with a hero and no idea about his heroine. Or a heroine with a silent hero. Sometimes its the first thing to arrive. The other night I found a teenage girl in my head, giving out about her mother giving her a stupid name. I wrote a page of A4 before it paused. I’ve no idea what she’s doing, why, or where she is, but she is jotted down now, so hopefully her story will turn up soon. Then other characters will turn up. Quite often they want different things from the first voice, which is great, because that’s a conflict. And Conflict drives stories.

Jack’s voice in The Treachery of Beautiful Things was a difficult one to capture until I was well into the book. Jenny on the other hand… like my teenage future-heroine of the other night, Jenny was a voice, a character and a scene all in one flash. But I know what Jack wanted the moment he met Jenny–he wanted to get her to leave the Realm. There were other temptations, but honestly, all he could think of was getting her home to safety. The complete opposite of what Jenny wanted.

Perhaps the main thing I find about beginning stories is to just go with it, to tease out the ideas, to follow the voice, to make the connections where they appear and leave the others for a later date. It’s a very fluid time in my writing process, the time when anything is possible and the story is all potential, waiting to be unveiled.

I don’t write into the mist, as it were. I tend to know where I want to go eventually but not how I will get there. Once I know the voice, the character and maybe a few scenes I try to think about where the resolution lies. It is a journey, not just going walkabout, so it needs an ultimate destination. What would be the strangest place for this/these characters to end up? What would challenge and change them the most? What would be the most amazing showdown I can think of?

So there we go – the beginning of my writing process. Possibly slightly insane.

What about you guys? Do you have a preferred way of writing if you write? Do you notice things as you read? Do you follow research like a puzzle box? What are your favorite voices?

Who doesn’t dream of meeting a hero?

Jack is over on the Dark Faerie Tales site today as part of Fifty Shades of YA Boys – their last guest. (Saving the best until last, naturally!) We caught him in a less surly mood. So pop over and see what Mr Grumpy has to say for himself.

There will be a number of blog posts and interviews coming up as we ramp up to the launch of Treachery on the 16th and I’m also doing some author videos so you can   see me. Talking and stuff. About Forests, and Greenmen and the Ridgeway. Or something. Um…

Especially for the blogtour with Shane at Itching for Books – 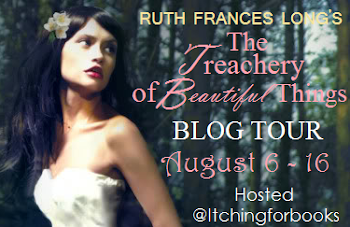 As I’m currently in the throes of editing, and I was making some how to edit suggestions on twitter recently, I thought a brief post on some of my methods might be of use.

Plus its a neat way of procrastinating. END_OF_DOCUMENT_TOKEN_TO_BE_REPLACED

My LJ friend bogwitch64 (Terri-Lynne DeFino) asked me a question the other day so I thought I would blog about it in response.

“You published quite a few books with Samhain (unagented?) before landing your current agent–is there a difference in the way you write? In what you write?”

Yes, I was unagented when I subbed to Samhain and then signed with Colleen late last year. This is my experience, and what I’ve found on my journey so far. Your mileage, as they say, may vary. This is basically what happened: END_OF_DOCUMENT_TOKEN_TO_BE_REPLACED