Obviously music is important in A Crack in Everything so I thought I would share some of the songs that inspired various aspects of the story and the characters. There are actually a lot more than on this list (it changes as the mood takes me), and some versions I personally prefer to others. I tried to restrict this list to one song by an artist, but… yeah, I’m not very good at that in real life. There’s a lot of Florence + the Machine and Camille O’Sullivan going on at the best of times. And two Camille covers just had to be the ones. 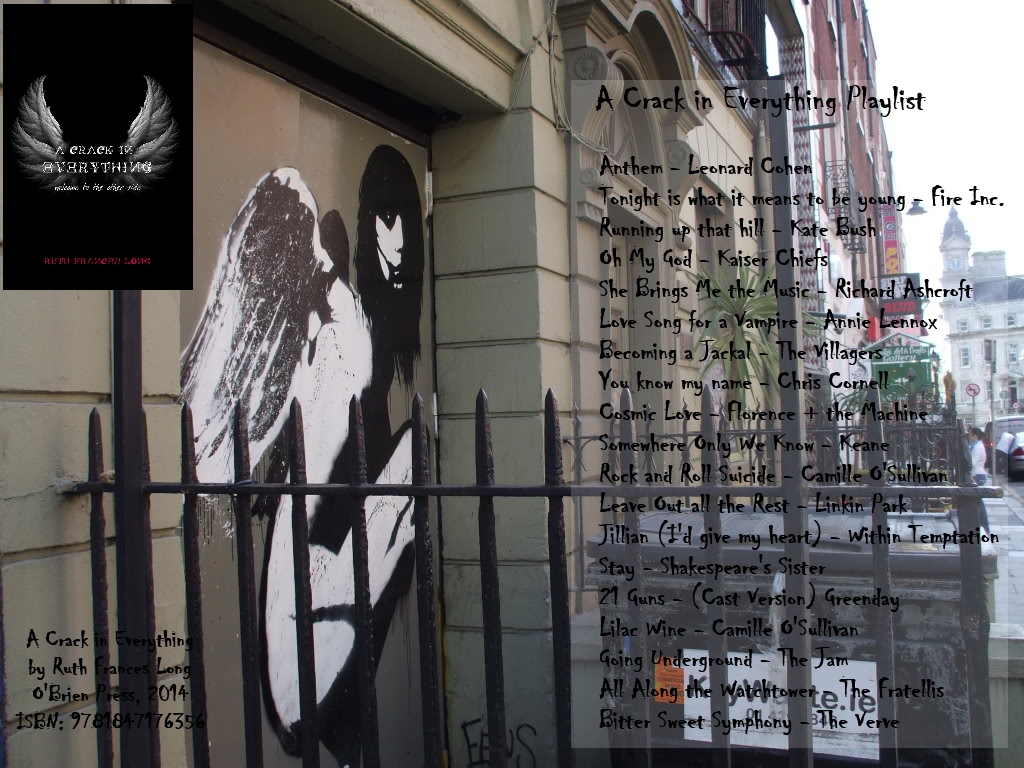 I could go on for ages about the different songs and why I picked them. If you’ve any questions, just ask.

There’s also a YouTube playlist but not all of the versions I chose are up there, so we’ve Elkie Brook’s version of Lilac Wine instead of Camille O’Sullivan for example. Why not Jeff Buckley? Well… there’s a debate for another day. Why The Fratelli’s version of All Along the Watchtower?

I am a big fan of covers and reinterpretation, especially in music. I like new versions of old things. I like seeing things afresh. And sometimes they say something a little bit closer to what I was aiming for in the book.