So, a little while ago, I was part of the Worlds Beyond on PhoenixFM 92.5FM, sponsored by Octocon, and I ramble quite a lot about all sorts of things writing and fandom. It’s an hourlong show, hosted by the wonderful Janet O’Sullivan and I’m there from about the 30min mark. You’ll also hear Janet and John Vaughan discussing the Golden Blasters.

You can listen here in all its glorious rambliness*. 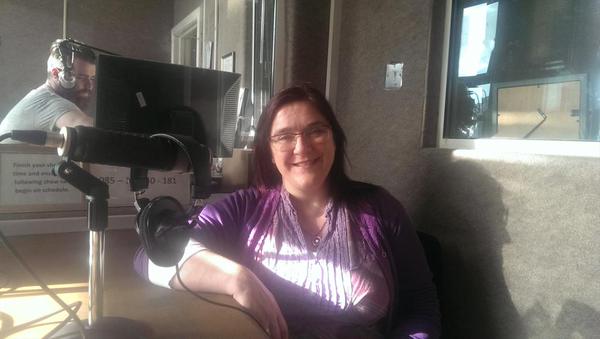 Unexpected photo of me at the radio station, taken by Janet. Was not expecting that!

*rambliness just applies to me, naturally. Everyone else is very to the point and fascinating. 😀