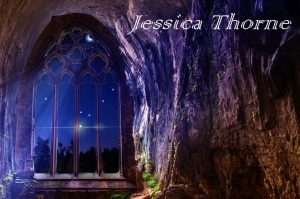 New year, as they say, new me!

I’m delighted to share the news I have been sitting on  (not terribly well if you’ve met me in person of late) for some time – Bookouture will be publishing the book known as “the notorious Space Opera which is not really a Space Opera, more of a fantasy with a large helping of Planetary Romance, go on ask me what that is…”, actually entitled The Queen’s Wing and have contracted the next book in the series as well.

I’ll be writing them as Jessica Thorne, which is a super Space Opera-y name if you ask me. I imagine her flicking her hair over her shoulder while walking away from explosions. Which she totally didn’t cause. Honestly.

The Queen’s Wing will be released in November with the sequel following hot on its heels in February 2019.

I’m really excited to be working with Kathryn and all the Bookouture team. All the details are up on the Bookouture blog here and I have a Jessica Thorne page for news etc as it happens, here on the website. There is also a twitter account to keep up to date – @JessThorneBooks

So, let’s get ready for an adventure!