So I’m writing again. Very very slowly. I’m not sure why (apart from a lot of non-writerly things going on in real life at the moment, which to be honest probably account for both this and the level of exhaustion I’m combatting). But BUT I am writing, there are words going onto the page and they are (mostly) moving forward. Except for that one day when I wrote 600 and deleted about 1000. 🙁 Those days happen too.

At the moment I am aiming for 500 words a day. It isn’t very much but I’m working on the theory that any number of words is a positive thing and if I go over the 500 that’s extra-amazing. I’m also working on getting the feel of the book and the characters right.

I have tried plotting. And I keep my “plot” as an overall guideline but basically I know the beginning and the end, maybe a couple of things I want to include and the characters. Everything else is a grey area. Anything can happen. I think I know what I want to happen next but on the other hand it’s entirely possible the characters will turn around and go “Nah, I’m off to do this instead.” It has happened before and I know without a doubt that it will happen again. This is what writers mean when they talk about the voices in their heads or the characters feeling real to them. The subconscious storyteller often heads off in more interesting directions.

Another thing about this story is that it is the second in a series, the first being “A Crack in Everything” which is coming out next year, so part of the process is to reread that first. It has been a while and it’s becoming something of a voyage of discovery, reintroducing myself to these characters who I adore. While at the same time they frustrate me, defy me, talk back to me and generally sass each other.

For example I wrote about 500 words yesterday of a brother winding up a sister while eating a steak sandwich with extra mustard. Will it stay in the book? Probably not. But it was important for me, as the writer, because I was right in the minds of those two characters, could see what made them tick, how they felt about each other and most of all his sense of humour. I’m not even sure it will be important in the long run – they aren’t major characters – but it was fun.

Writing is about exploration of character as much as storytelling. It’s about getting yourself right inside the mind of another being and having a look around. But you arent’ some kind of puppet-master. If I try to make my characters do something they don’t want to, they come out dull and flat. If I let them show me what they want to do, if I go along for the ride, then I learn a whole lot more.

So that’s where I am at the moment. Still here. 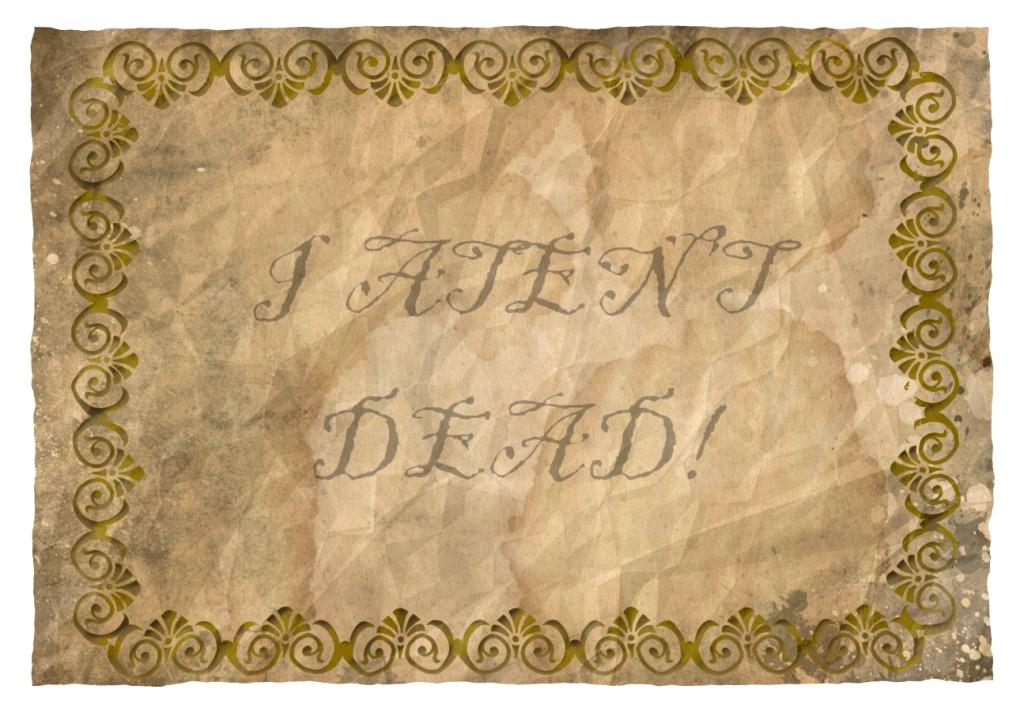